With the onset of cold weather, a number of Atwater residents in the podium have reported heavy condensation on their window glass and aluminum trim, as shown in the photo below: 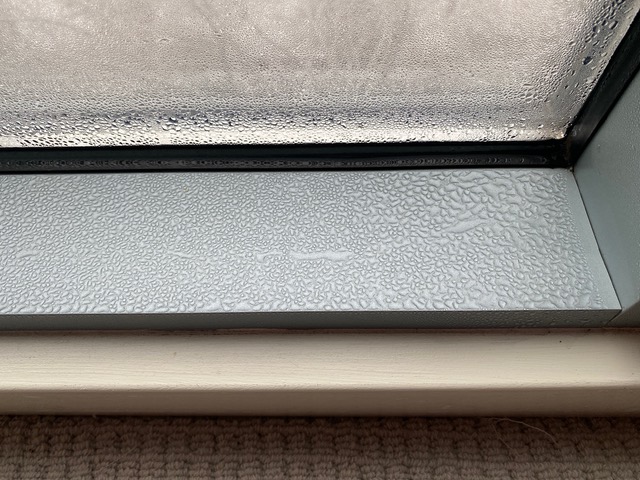 This is not normal, and our HVAC systems are designed to prevent this.

Condensation occurs when the humidity is high and there is a cold surface, like a window/frame, which causes the water to condense onto the surface.

There is very little we can do to keep the surfaces from getting cold in the coldest days, so we have to concentrate on reducing the humidity in the unit.

Humidity builds up when water vapor is introduced into the air – this can come from:

To keep that humidity from building up, air in the unit must be exhausted outside and replaced with fresh air, which is called “make-up” air (MUA).

There are several ways air can leave your condo:

MUA is supplied to the Atwater units in 2 different ways

In addition, there should be a slight pressure in the hallways so that odors stay inside units, instead of getting out into the hallways.  This is really noticeable in some of the tower floors, where the fan noise is quite loud.

We have made some changes so that the fans are running continuously (instead of just when the hallway heat comes one), and we think this will alleviate the issue.

Please let the concierge know if you are still having condensation problems.

What is Make-up Air?